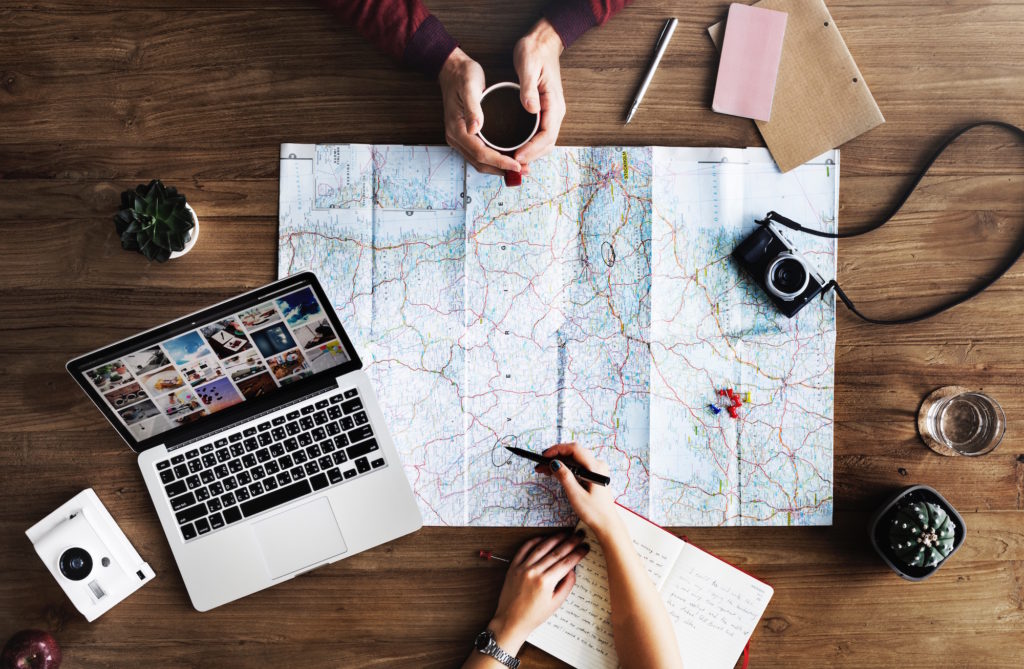 If you haven’t done this already, I highly recommend doing it at least once.  Go pack a bag and travel the world SOLO.

It’s the most enriching thing you can do for yourself. If solo travel has taught me anything, it’s these three things:

Sometimes I’ve taken the road less traveled and then veered off that road, to go deeper into the wilderness. I’ve done some pretty stupid stuff in the name of a good adventure.

Yet –I did not find myself alone, not once. Not even when things went really wrong.  I’ve been stuck in the jungle under rebel fire, fractured a leg, had motorcycle accidents…you name it.  So when you question whether you should venture out by yourself and go see this wonderful world – I say go for it.

So just for fun, here are my top 5 travel accident stories:

Picture a windy mountain road in the rain, a blue truck. I’m lucky I didn’t die or kill the person on the back of my bike. And yes – I was wearing a helmet!  The closest hospital was about 3 hours away.  And the best and fastest way to get there was to ride the bike with bleeding wounds and broken bones. Ughh. Not easy. Luckily, there were kind strangers who patched us up on the sidewalk. They gave us enough food and emotional strength to make it. Once back at my temporary home in Ubud, I ended up being well-loved by amazing friends and then shipped off to Thailand for additional medical care. I had a good laugh about it later.

After it had taken on epic proportions and swollen to a degree that I couldn’t see anything, I decided it was time to seek medical care. I wandered into a random roadside medical clinic thinking they might give me some eye drops (as a traveler, I should know better). I thought the clinician had asked me to lie down so he could take a look.

But no – he came back with a knife, grabbed my eyelid, and cut it open. I froze. There was blood running down my face, I could taste it. No warning. No anesthetic. Ahhh. I didn’t move. He didn’t speak any English, so I thought it was best to let him do his thing rather than risk getting stabbed in the eyeball.  He seemed to be a jolly little fella, and he slapped an eye patch on me and smiled. I briefly wondered if I had just lost my eyesight. He asked for some money, gave me some ibuprofen, and sent me right back out onto the street.

I stumbled around like a one-eyed pirate. Turns out my balance is pretty crap with one eye. I had no way of getting around. I sat on the sidewalk and cried. Then out of nowhere a friend showed up, gave me a big smile, cracked a joke and took me home. I woke up the next day, took off the eye patch, and was perfectly fine.

One of my most interesting episodes was in India. I had been ill and noticed I was so dehydrated that I needed to get some help immediately.  I passed out at the entrance of the sidewalk clinic. And that clinic wasn’t a place you wanted to be, it was simply the closest I could get to. The clinic was the kind of place that would make you wonder if you left with more germs than you had when you arrived or one less organ…..

I woke up on an IV with a view of a hole in the floor that resembled a toilet. I had to pay for the needle they used to inject me and they then reused it. Oh well, at least I made it there. The staff was super nice. Nobody spoke English. A few shots, an IV, and some bed rest – I was as good as new. And no, I didn’t catch anything else. I found out later that the “nice hospital” was only 5 minutes away.

While dancing on a table in Cusco, Peru (or more accurately, falling off a table while expressing my wild enthusiasm for Latin music). It seemed like a good idea at the time.  I woke up the next day with a very discolored and swollen ankle. I didn’t think, however, that it was a good enough reason to interrupt my trip or seek medical attention.  A friend watched me limp around for a few days and then decided to kidnap me and take me to a hospital. He took my wallet and promised we’d take a cab to some fun ruins we could check out.

I ended up with an enormous lumpy cast and wasn’t able to get around by myself at all. This friend (let’s call him Karl) now had to help me around. I made him stick around as punishment for taking me there in the first place. The cast was MASSIVE. It almost felt like I had an extra appendage.

Karl became my new travel companion until my ankle got better. We became besties overnight, and we even made it all the way to Ecuador with that silly-looking cast. We managed quite well and even went sandboarding, horseback riding, and then beached it for a while before traveling to a little mountain town called Vilcabamba to visit recently incarcerated friends. Karl didn’t seem to mind my company. After six weeks, my ankle was better, but we could not find a clinic with strong enough tools to cut through the massive cast. I was freed after a “doctors without borders” gentleman decided to take his chances with a chainsaw! Karl fell in love the very next day and ran off.

I was camping in the Pantanal in Brazil. One day I woke up with a big, black, very infected hole in my back. I had a pretty bad fever and was incoherent. The closest hospital was 8 hours away, and some kind strangers took me there. By that time, every little scratch on my body had gotten infected. Pretty sure I had a staph infection as well. I had lots of little band-aids all over my body, including my face (the Sponge Bob kind for kids). I looked incredibly ridiculous.

My bunk bed neighbors at the hostel, where I decided to sleep this off, were two Belgian doctors. They became new best friends and travel companions. We spent the next 4 weeks together on our shared journey across Brazil and Argentina. They did a pretty great job patching me up daily with professional care. I had to show up every day before breakfast and dinner to get fresh band-aids and gauze for the massive wound on my back.  It all healed very well, and I still have the scar to prove it.

What are the lessons learned here?

Was this helpful? Let me know!

As a leader within your organization, you spend a substantial amount of your time asking your team, clients, or even board members questions. Using better, powerful questions will help you bond with your team and further unlock your potential as a leader. Asking effective questions is an art. While it may seem like an easy
read more
No matter what growth stage your company is in, leadership challenges can overwhelm your daily task list — and an executive coach can help. Among your staff, you see frequent communication breakdowns. You and your co-founders feel out of sync, and maybe disagreements escalate more than usual. Mostly, you feel an overwhelming amount of stress.
read more
Back to overview

Want to learn more?
Start here and get my E-book. It's free!