The workplace is full of all sorts of challenges. There’s the overwhelming pressure to be an optimal leader for your team, the stress of last-minute projects, the necessity to ‘play nice’ with your co-workers and higher-ups (who don’t always make it easy), and the ongoing personal strive for perfection.

But, on top of all of this and weaved throughout these different aspects of the day-to-day life of a working person, there are difficult conversations. These conversations tend to pop up when there is a conflict affecting the progress in the workplace. These temporary road-bumps may be affecting you, a whole team, or even your whole company.

These workplace concerns can’t lead you to throw in the towel and go home early. You’ve worked too hard to give in now! And, as a smart leader, you understand that these issues, no matter how small, cannot be ignored. Issues left untouched will only help them to grow.

So, the only way to overcome these difficulties is to have those much-needed, yet much- undesired conversations to get to the root of the problem and create a proper solution for the issue.

But, what does that entail exactly? And, how can you effectively eliminate an issue using your words?

What is A Difficult Conversation? 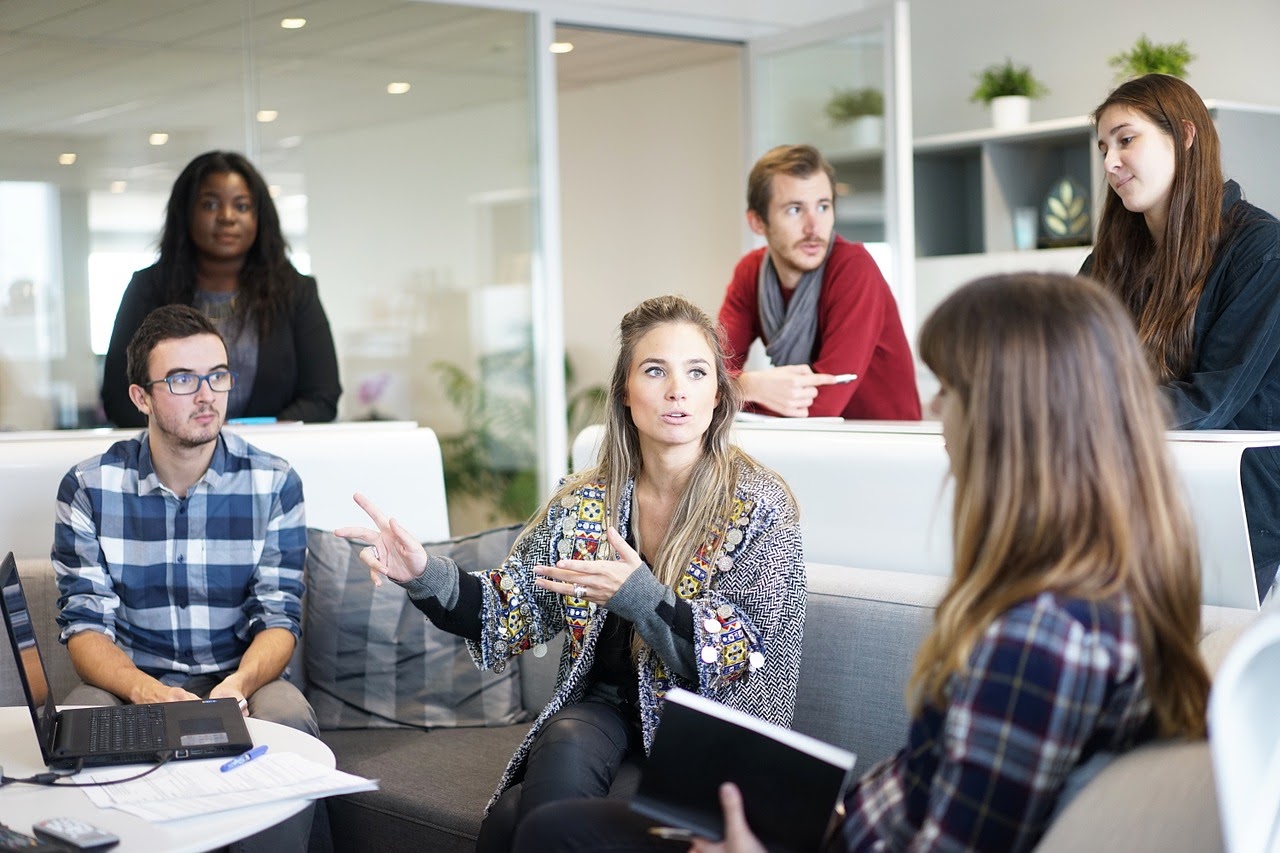 Difficult conversations in the workplace are ones that must be conducted in the most sensitive way. They are the talks that require you to manage your emotions and talk about the information regarding the issue respectfully and professionally.

What this means is that you can’t explode at another party if they say something you don’t like or that you disagree with. You must hold yourself together, despite heightened emotions, to solve the issue at hand.

What Should You Know Before Initiating A Difficult Conversation?

There are a great number of questions you should be asking yourself before you decide to dive-in headfirst to a sensitive conversation in the workplace.

First, you must know why this dreaded conversation is happening. For example, if you have an employee that hasn’t been showing up to work on time, the reason for the conversation may be because they must be there to complete their morning tasks on time or to make the morning meeting.

Then, you must decide what you hope to get from this conversation. Using the same example, we can assume that you would want your employee to start getting to work at the designated time.

When planning your difficult conversation, you must make sure you know how this problem is affecting the team, as well as why it’s getting on your nerves. Try hard not to make assumptions about a person’s actions or character. You never know what is going on in someone else’s life.

And, always be open-minded about the issue. Make sure you look at yourself too. Are you contributing to this employee being late every day? Or is it solely on them?

How To Have A Difficult Conversation 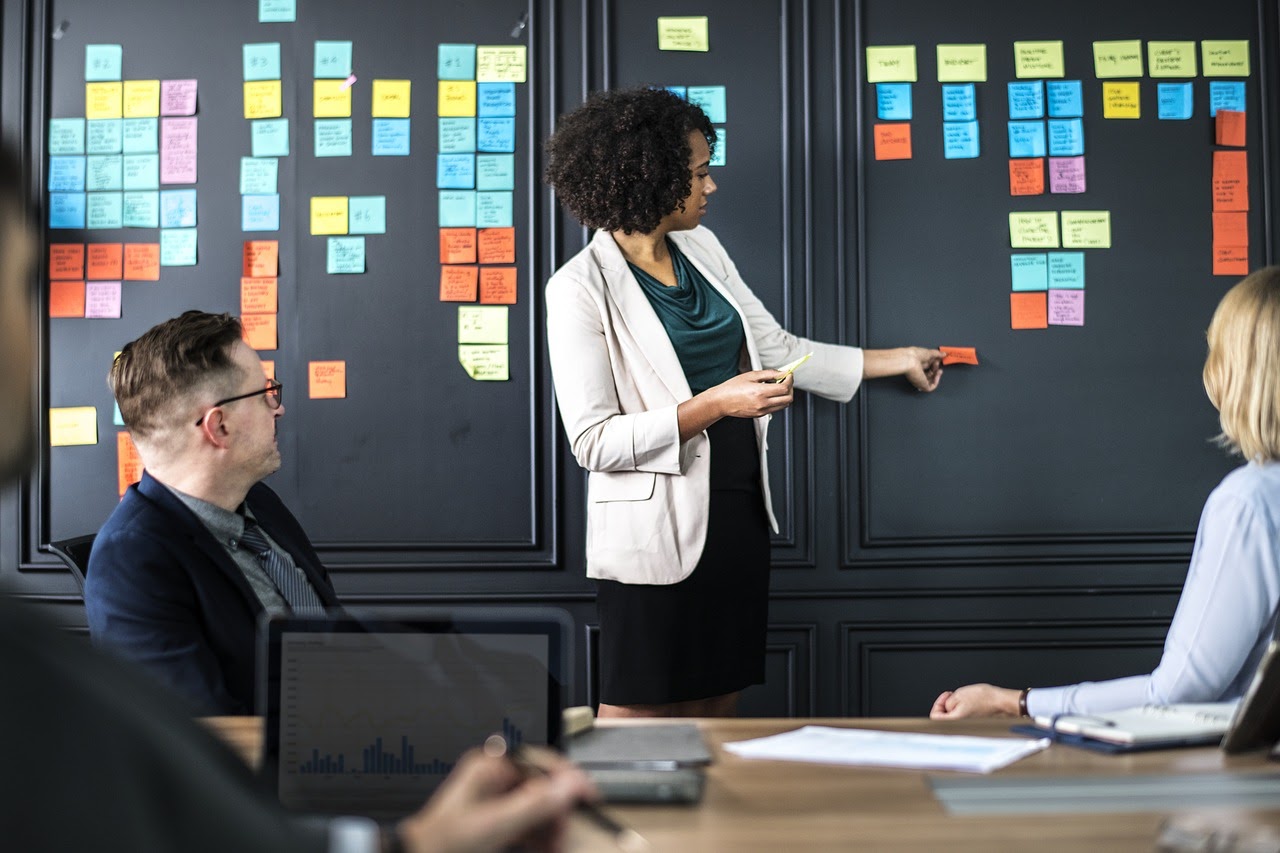 In all difficult conversations, there are some general rules to follow to ensure that the talk will stay respectful and productive.

After the difficult conversation or that “step in the right direction” is over, it’s vital to learn and reflect on the experience. Make sure to note what went smoothly and what tactics failed. This knowledge will help you in the future as you encounter more hard-talks as a leader.

There are several different ways you can conduct a difficult conversation and it all depends on what type of workplace communicator you are.

These communicator types were developed based on psychologist William Moulton Marston’s DISC theory, which focuses on four extreme personality traits: dominance, influence, steadiness, and conscientiousness. These personality traits were used to characterize the emotions and behaviors of everyday people.

After the DISC theory was created and published, industrial psychologist Walter Vernon Clarke used it as a basis for his behavioral assessment profile, known as the DISC profile.

In this profile, which has transformed over the years, there are director/controller communicators, socializer/promoter communicators, thinker/analyzer communicators, and supporter/relator communicators. Each leader usually leans toward one style or another in the day-to-day hustle. But, some leaders embrace more than one communication strategy, and switch between them, especially when difficult conversations arise.

Understanding these types in accordance with their methods of communication, and which one you naturally embody, can help you to communicate with members of your team. Especially, when the stakes are high and the conversations are hard. 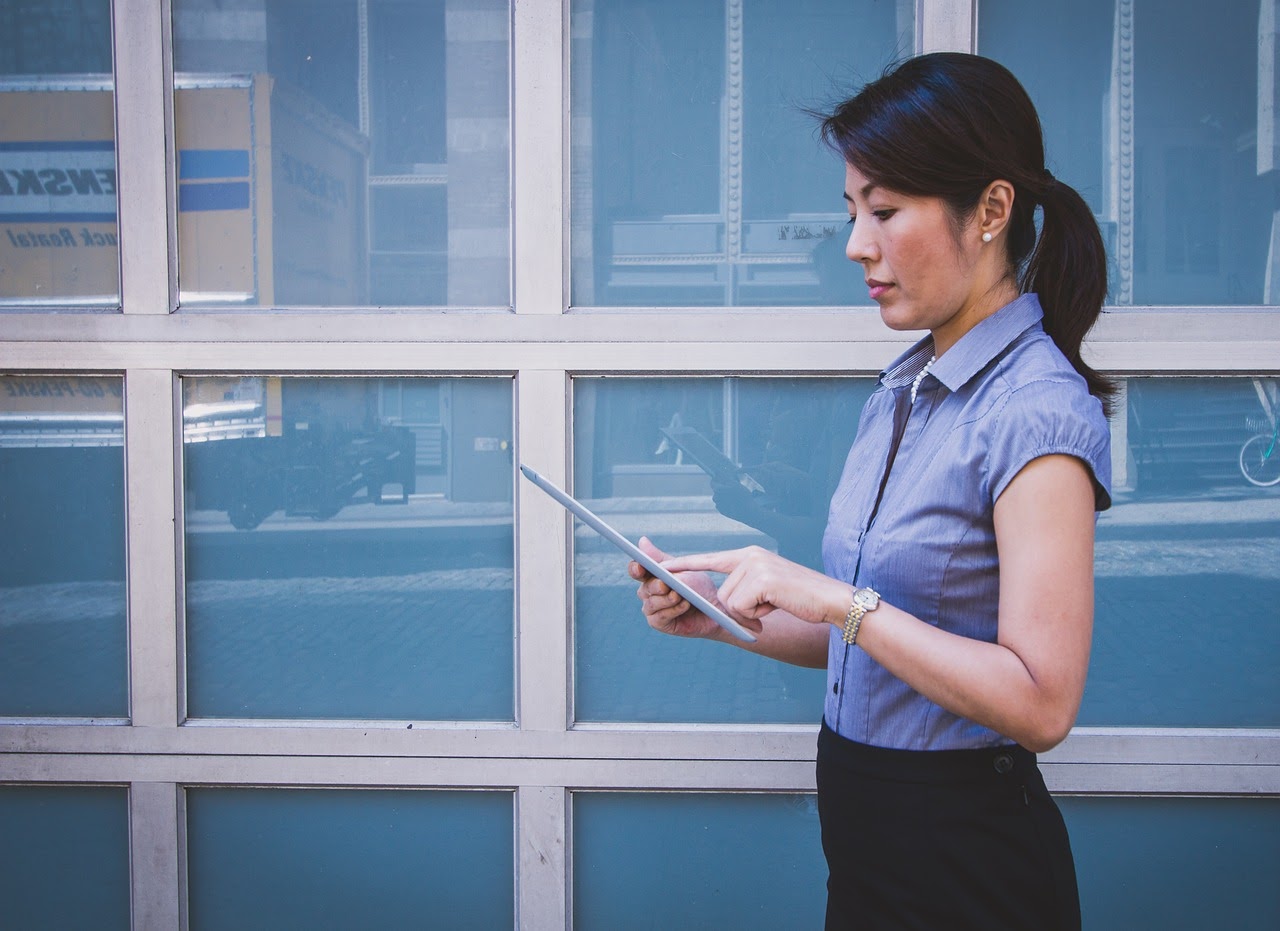 Controller communicators are exactly how they sound. They are controlling. These leaders are oftentimes stereotyped as bossy. But, truly that’s not the case. They are simply go-getters who see more purpose in action rather than conversing. So, a difficult conversation with one of these communicators will likely be short, sweet, and to the point.

They do not have the easiest time showing empathy. So, if you are a controller communicator, this is an important thing to incorporate while conducting a difficult conversation.

Likewise, if you are aware that you’re engaging in a conversation with a controller communicator, make sure you leave out the small details and just take a look at the big picture, or else you will lose their interest quickly. And, that will not help in solving the issue at hand. 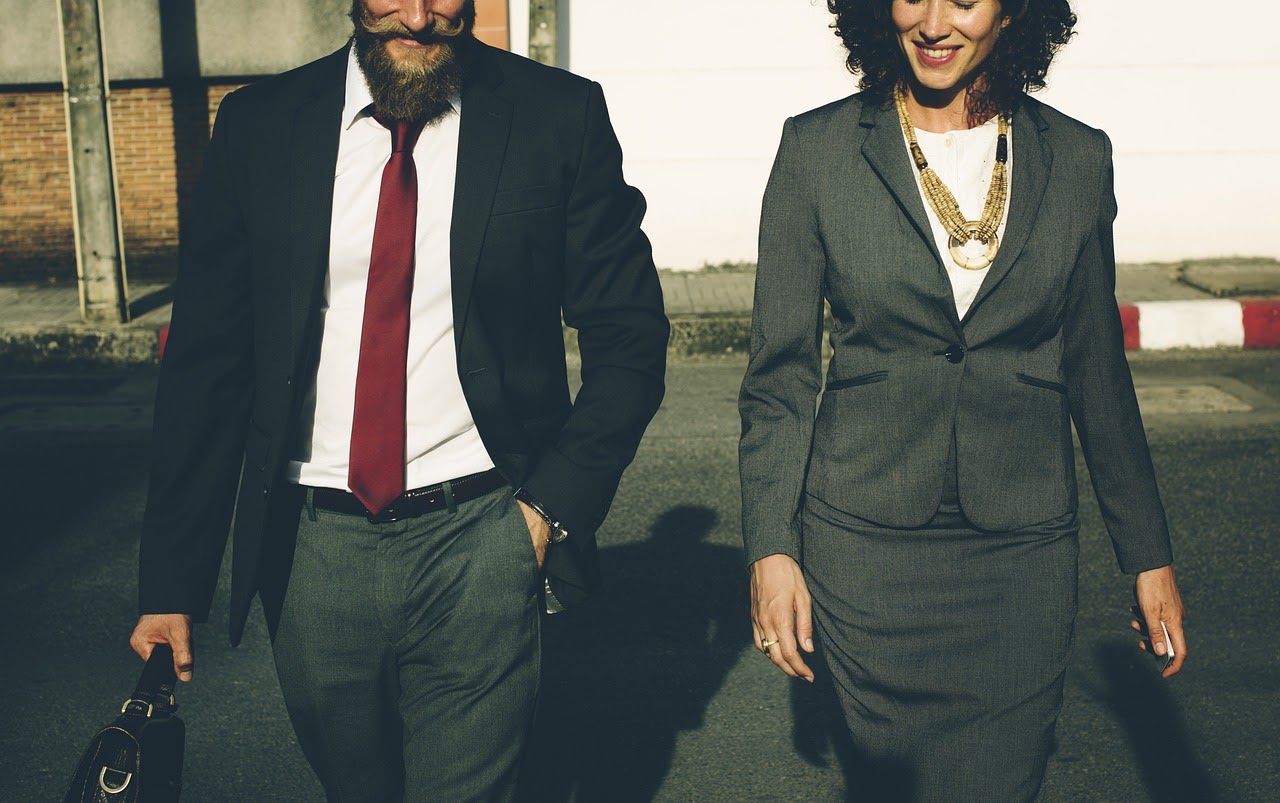 The promoter communicators are the people in the office who come in with donuts on a Tuesday morning and a smile. These are the office people that everyone gets along with. And, that’s because they are people-driven.

These people are detail-oriented and passionate about projects. They want to make sure everything is in order and mapped out.

When conducting a difficult conversation with a promoter, it will be easy to understand what the underlying issues are because they are so transparent. This will help to solve any problems quickly and efficiently. However, if you are a promoter communicator and the other party is not, make sure you do not dig too deep. You want to stay respectful and professional. Just remember,  not all workplace communicators can open up as easily as a promoter. 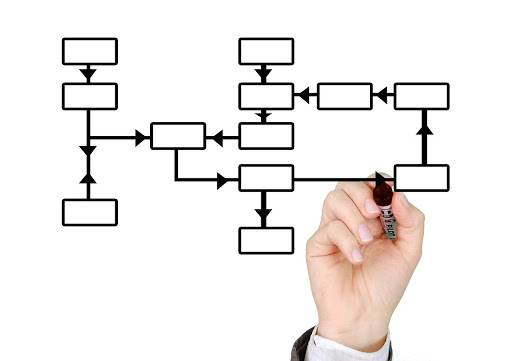 The analyzer is fact-obsessed and detail-oriented. As their name implies, they like to analyze. The communicators like to know all the facts and go over them time and time again before making any decisions.

The downfall with analyzer communicators when it comes to difficult conversations lays in their ability to make decisions in a timely manner. An analyzer may observe an issue for longer than they should, which can allow the issue to keep growing.

Another thing to note is that analyzer communicators may often seem pessimistic. But, really, they’re simply realists.  If you know you are an analyzer, try to manage your attitude during hard-talks so that the conversation doesn’t take a negative turn.

If you are having a conversation with an analyzer, be prepared for a lot of questions and rebuttal. Analyzers try their best to get all the information. They’re not necessarily trying to challenge the situation, but rather understand it. And, as a leader, you should try to get acquainted with spotting the difference between the two. 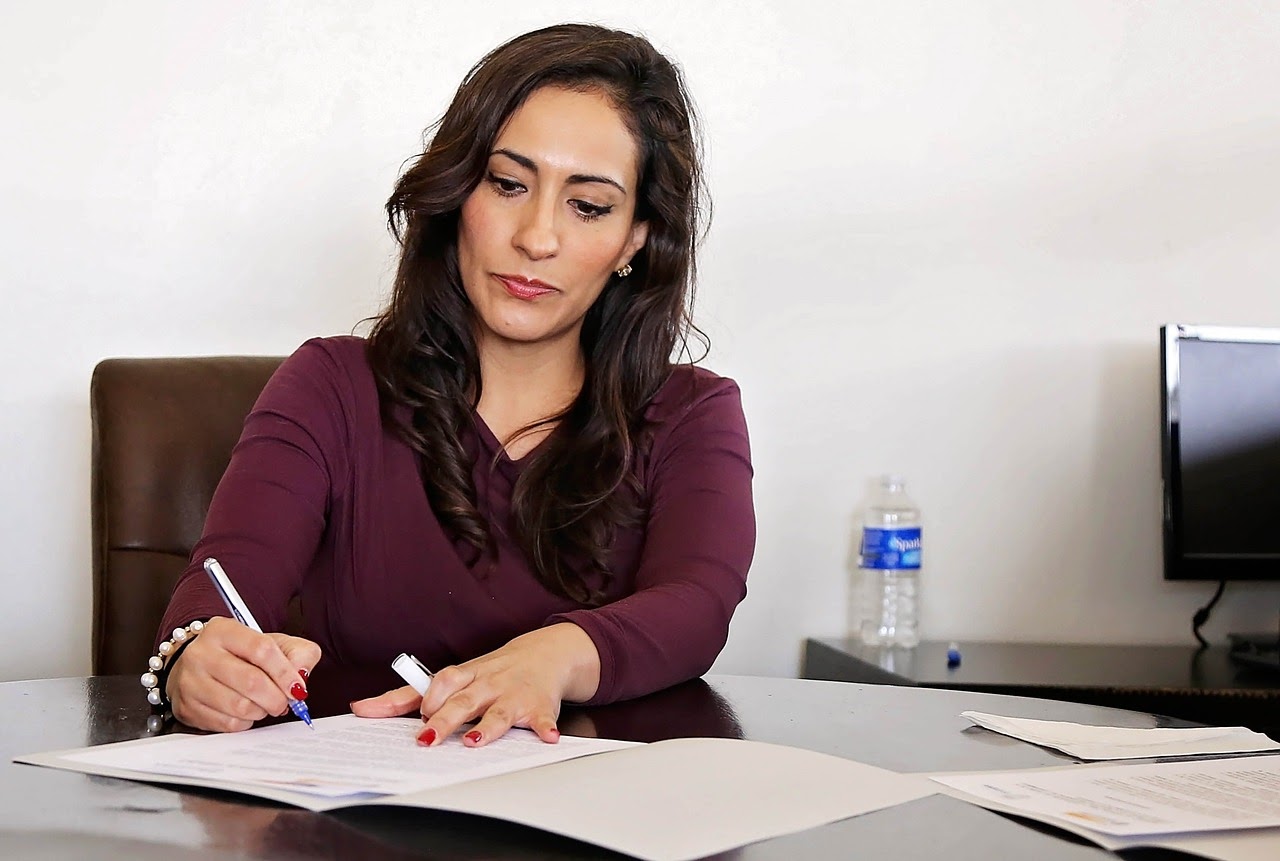 The last type of communicator is a supporter communicator. These are the workplace gems who are always calm, cool, and collected. These likable people are low-key and low-maintenance.

These level-headed communicators are skilled with conflict-resolution because of their superb listening skills. So, having a conversation with a supporter communicator is usually a low-stress talk with a desirable outcome. They are open to hearing what you have to say and willing to work with you to change habits, issues, etc.

If you are a supporter communicator, you are seen as easy to approach, so if you have to engage in a difficult conversation with an employee, they will most likely not see it as a threat, which is a great start to solving a problem.

Difficult conversations in the workplace are inevitable. So, avoidance and brushing them under the rug is pointless.

To work through challenges in the workplace, you must understand your communication type. And, note your strengths and downfalls to conduct a respectful and professional talk.

Be sure to plan your conversation accordingly, depending on your communication type as well as the other person’s type. But, also practice active listening. You don’t want to walk-in with a mindset that won’t transition smoothly throughout the conversation. It’s important to be open-minded, empathetic, and willing to view the issue through different perspectives.

A difficult conversation is one that is hard to initiate, contains sensitive information, and must be conducted without heightened emotions.

Some examples of difficult conversations in the workplace include: firing someone, suspending someone, a sexual harassment issue, a respect issue, saying ‘no’ to an idea or proposal, company financial issues, a conflict between two employees, etc.

You should be aware of what the issue is and all of its ins and outs, such as how long it has been going on and who is involved. Another thing to note is what you want to get out of the conversation — what is the end-goal? It’s also helpful to understand your communicator type, as well as the other party’s.

The general rules for a difficult conversation are to stay positive, listen actively, be empathetic, plan, and leave the other party with something at the end. Neither party should feel as if they have lost a battle.